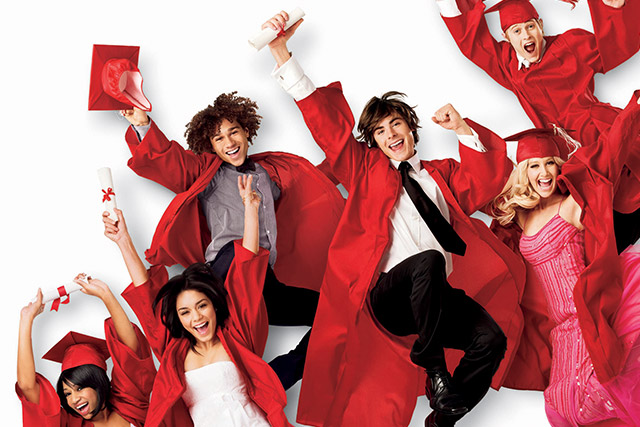 Walt Disney Studios is best known as the pioneer of animated motion pictures and for its legendary vault of film classics.
Create an interactive feature on Blu-ray to promote the home entertainment release of High School Musical 3.
Users get to be a part of the High School Musical graduating class when they upload their own photo to the “Yearbook” feature on the Blu-ray disc. We developed the application so that it would drop the background automatically and image were superimposed into stills from the film with the cast.
The Yearbook feature was the most used feature on the Blu-ray edition, receiving positive media reviews. 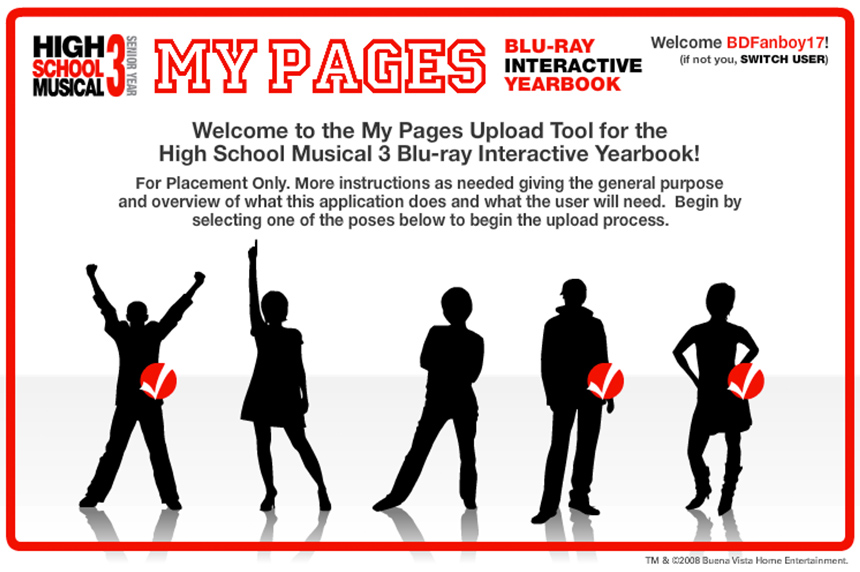 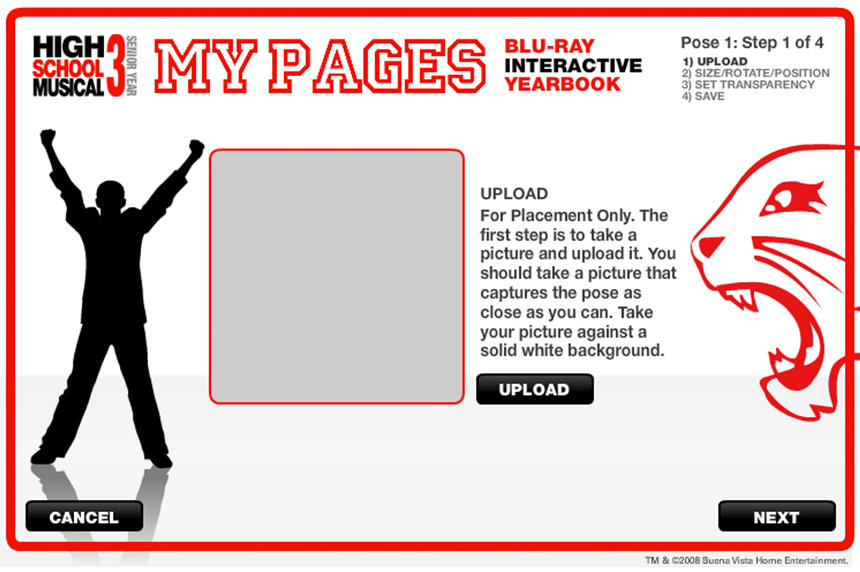