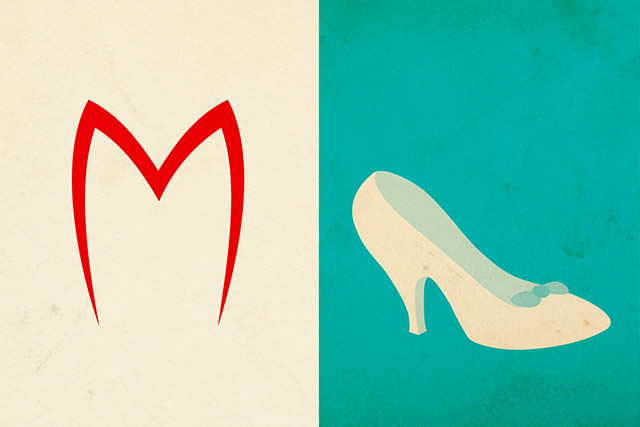 Create a trivia game for film enthusiasts.
We developed a native mobile app that tests the user’s film knowledge based on minimalist posters. We created minimalist artwork to represent over 300 films. Users had to guess the title of the films based on the abstract posters. They could also download and share the creatives and ask friends to help them if they got stuck. In addition, we provided hints by removing letters or placing one at a time in the right slot. More hints were added with each round. In case users ran out or were completely stuck, they could also buy more hints.
Minimally was downloaded thousands of times within its first year and was featured on the app blog, “Appitize.” Currently, the artwork for Minimally is popular on the art e-commerce site, Society6. 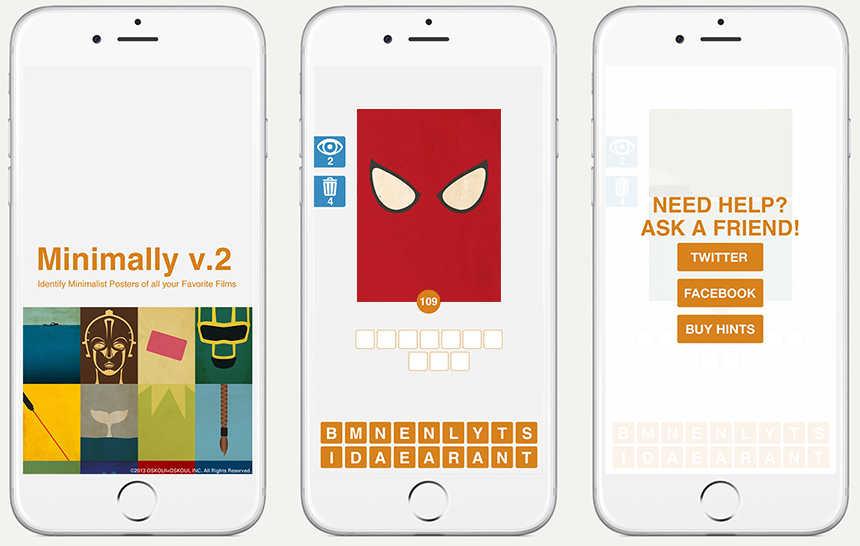